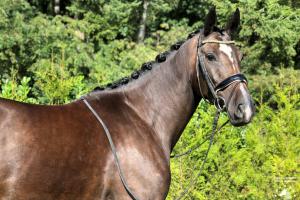 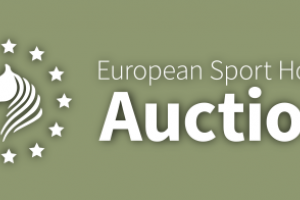 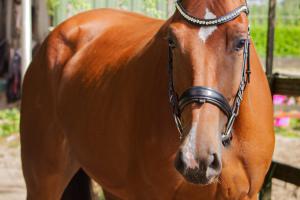 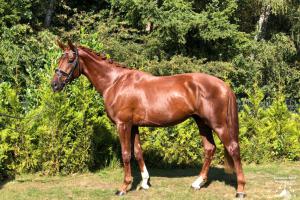 «After yesterday’s event I am completely devastated at the loss of Flogas Sunset Cruise, which was a really special horse owned by Vinnie Duffy (Ballina, Co. Mayo, Ireland) and myself.

I have been riding since I was 4 years old, competing both horses and ponies up to international level. My passion for horses has made me become a professional rider and horseman, who loves his daily routine with the horses.

I have a great relationship with all my horses. I make a huge effort to look after their well-being and get the best out of them every single day. There is no way I would hurt a horse or endanger its well-being. I did not do that and I never would. I’m not that person.

Vinnie gave me the ride on Flogas about 5 months ago in hope we would form a good partnership together, and the partnership developed forward nicely.

Upon arrival at show in Cagnes-sur-Mer the horse was fit and in super form. In the first days of the competitions the horse was rather hot and strong, even difficult. After discussions with the owner we decided to exercise him on the gallops, some change of training method as preparation for the 2nd show week.

On Monday (10 October), after I had ridden my other two grey horses, Saper and Startschuss, I proceeded with Flogas. I took Flogas up to the big gallop where a section was open to riders. He was in a normal snaffle bit, he acted up at the entrance, so I hit him once or twice to get him moving forward. That was the first time I had ever used the whip on him. He bolted off around the gallops. I tried to hold him and stay calm. I cantered for one round, and then slowed him down when he stopped pulling, turned him around and back towards the gate where a colleague was waiting. Flogas nearly jumped on top of this person. I moved him on up the strait again towards the jumping arena. He was not breathing heavy or fast. He suddenly felt very weird under me, I got off and walked a few steps with him, when he suddenly collapsed. I took the saddle off him and shouted for a vet. I rang Vinnie and told him what was happening.

I was completely shocked. The show officials approached me, took me for a coffee, and asked me what had happened. They seemed very sympathetic towards the situation. They said I was welcome to stay, but I wanted to leave as I did not feel fit to ride after this tragedy.

Five minutes after my departure with the other horse I read an online report from the show saying they had disqualified me from the show and asked me to leave. There are also rumours that the police had been involved. Both statements are completely wrong and totally untrue.

The reactions on the social media of people who do not know the facts and elaborate about the unfortunate incident based on rumours are very disappointing. These people do not even identify the correct horse as Flogas, instead referring to Startschuss as the horse that was involved in this tragedy. It escalated into a witch-hunt endangering my safety and reputation which is totally unacceptable. I have received violent threats towards me and abusive messages to myself and my family. It is difficult enough to deal with such a tragic incident, but it is even harder to cope with false accusations and violent threats in the press and social media.

I am very sad and devastated about this tragic incident. It is heart-breaking to see a horse die. I take a temporary break from competitions at this very difficult moment.

I would like thank firstly the owner from Flogas, Vinnie Duffy, for his heartfelt support and everyone at Duffy Sporthorses, all the owners of my other horses, and all my colleagues and friends for their support in this difficult time.»